The definition of the dark web, according to Oxford’s Dictionary: The part of the World Wide Web that is only accessible by means of special software, allowing users and website operators to remain anonymous or untraceable.

The dark web is hundreds of times bigger than the World Wide Web. Only about 40 percent of the world’s population uses the Web for news, entertainment and communication. It is also have the commercial underworld, called the “darknet,”. It’s a place where drugs and weapons are openly traded, where terrorists link up, and where assassins bid on contract killings and also in recent years, the “darknet” has found itself in government problems, with the FBI and National Security Agency (NSA) looking  down drug merchants and pornographers.

The dark web takes a large part of the world wide web. Only about 40 percent of the world’s population uses the Web for news, entertainment and communication. It is also have the commercial underworld, called the “darknet,”. It’s a place where drugs and weapons are openly traded, where terrorists link up, and where assassins bid on contract killings and also in recent years, the “darknet” has found itself in government problems, with the FBI and National Security Agency (NSA) looking  down drug merchants and pornographers. Dark web sites look pretty much like any other site, but there are differences. One is the naming. instead of ending in .com or .co, dark web sites end in .onion.

You can’t get to the Dark Web using your regular web browser (Google). You all need a special browser. The best and most popular is Tor. With Tor, you are able to reach not only the Dark Web, but the even smaller section known as the Tor Network. This area of the internet is built so you can be in anonymity also all transactions are done using bitcoins, a digital currency that allows users to buy things online without leaving the paper trail of a credit card.

Dangers of the dark web

If you want to use the dark web (Do not recommended it), the most important thing would be to do it with a lot of caution. In the dark web chances of being scammed out of your money are  higher than the regular internet. One thing you should do is to cover your webcam with tape, as you might be secretly recorded. Also, never download any software or plugin from the deep web, it could be used to hack into your system. Also access your private documents while being in the dark web.

In the iOS world exists apps that allow you search on a private server that keep your identity anonymous and you can also download things that the safe web don’t allow you.

It's not just my job, it's my duty to the global community. Everyone has the right to pursue happiness. https://t.co/kMJK1SyN6R

Egan, M.Thinking of venturing on to the dark web? you might want to change your mind. Retrieved from https://www.techadvisor.co.uk/how-to/internet/dark-web-3593569/

What is the dark web? Retrieved from http://www.iflscience.com/technology/what-dark-web/

Websites and blogs that talk about the dark web:

In this next post I’m going to make an itinerary for a trip to New York City, hope you enjoy the trip.

The amazing of New York is that the main attractions are close to each other and with the advantage of the “Subway” you can go to all of them using the train so you can save the money of the rent of the car and the gas but this trip we are going in car.  Let’s say we are  going to start our journey in Central Park , later we go and see the amazing Statue of Liberty , later we go to the Madison Square Garden and see the concert of Justin Timberlake, when the concert ends, we proceed to see some sport and see the NY Yankees game on the Yankees Stadium and hope they win, later if we are on the Christmas time we can go to the Rockefeller Center to do some ice skating and have some fun, and of course we have to visit one of the highest building in the world: The Empire State Building and see the awesome view of Manhattan from 1,224 ft up and of course we can’t leave New York without going to Time Square do some shopping and watch theater of Broadway, at the end of this journey we have travel 1 hour and 48 minute without counting the time enjoying the attractions and a distance of 33.0 miles it was a busy day but New York do not ends here there are a lot places we didn’t visit on this trip so we have to come back.

Down here, I’m going to add the route that we use to visit all this places, the newspaper of the city and also pictures of the places we visit. 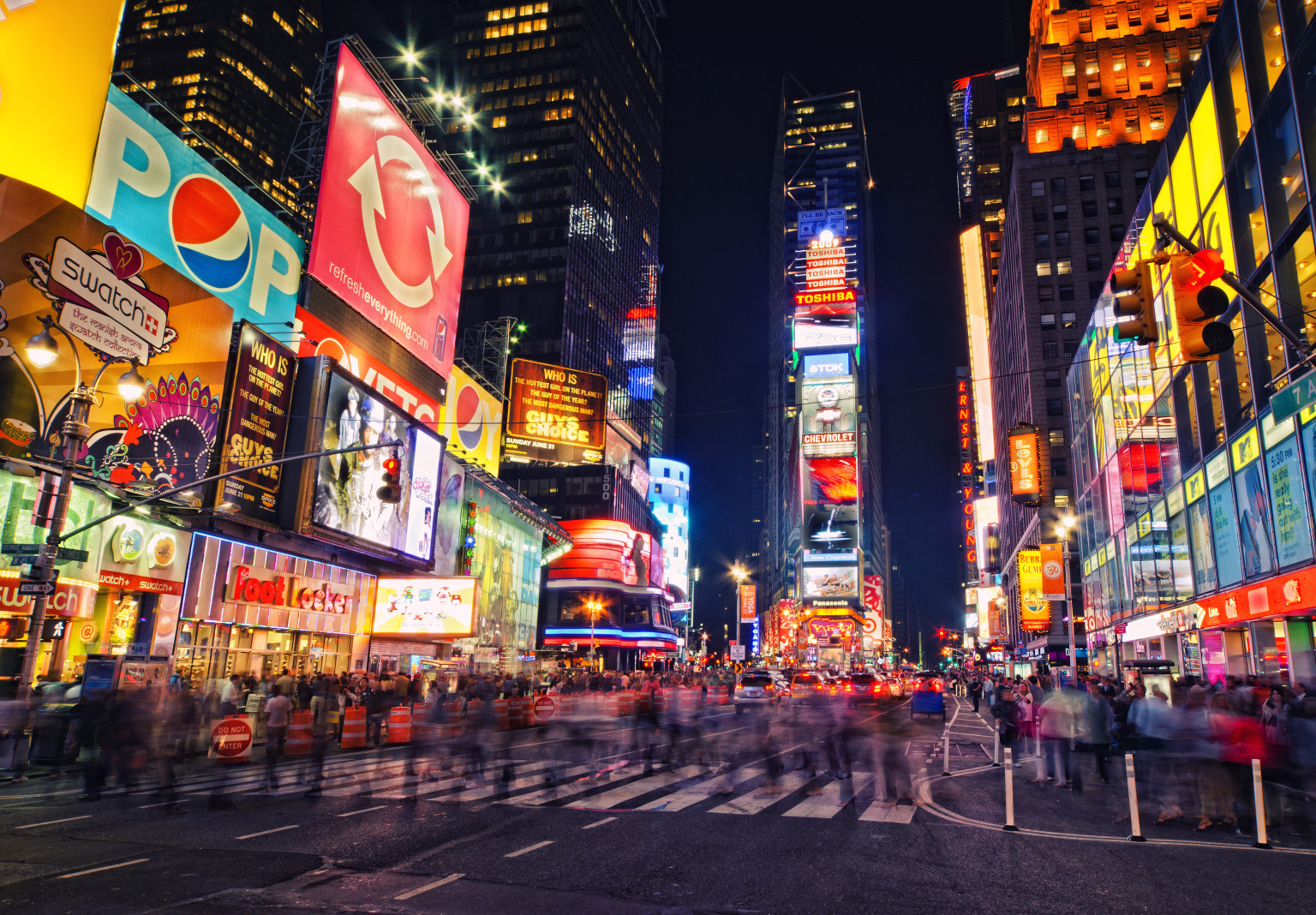 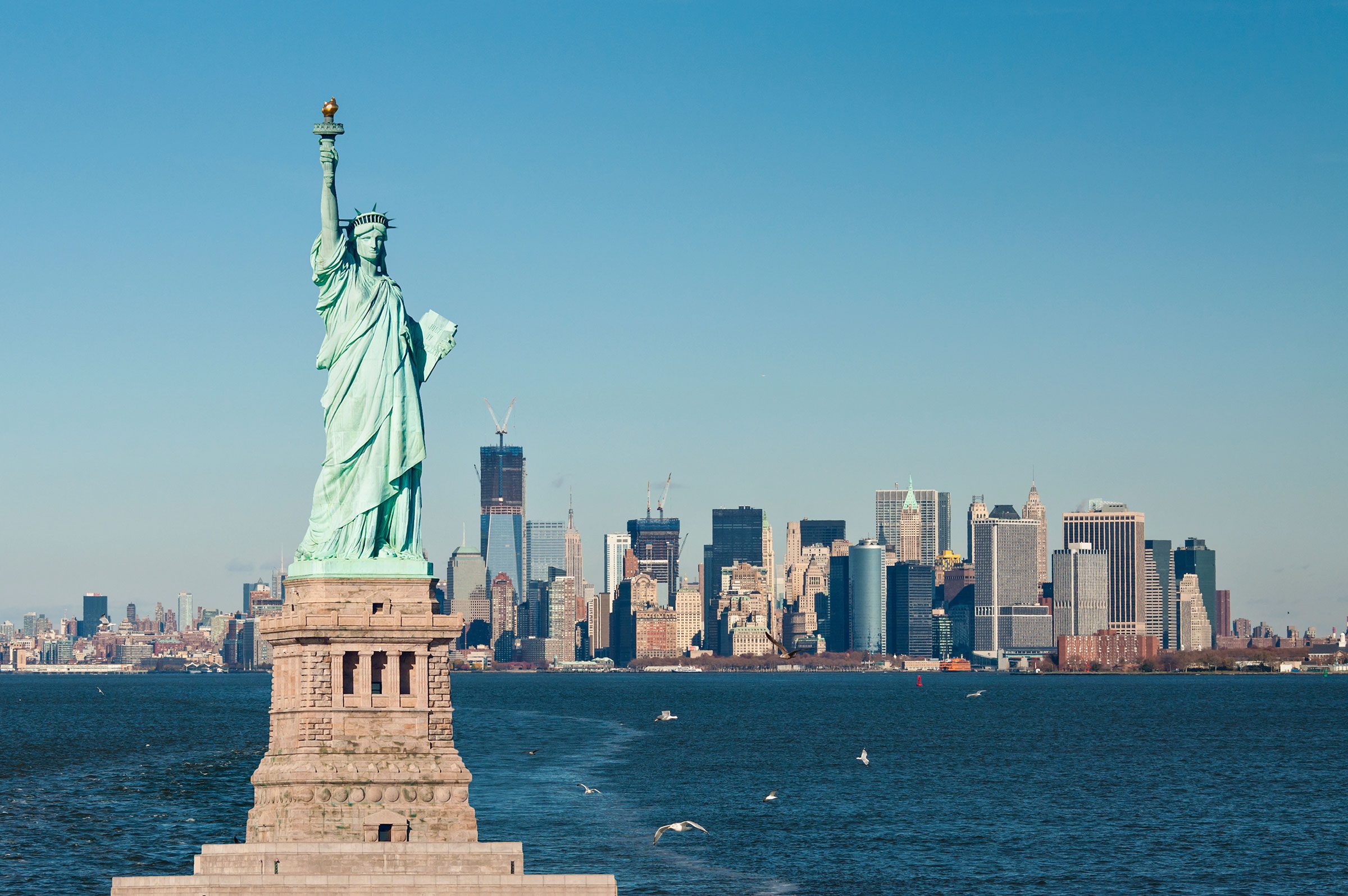 In the next post I’m going to give a summary about what we talk in the class of February 15 of 2018 and in the end of the post I’m going to add the 3 videos that we see in class. We started talking that the profession of computing has a lot of demand in the industry of work and also that the women’s are a minority in this profession.  The professor also explain that the web and the internet are not the same.

¿What is the internet?

Is a global computer network providing a variety of information and communication facilities, consisting of interconnected networks using standardized communication protocols. It was created by Robert E. Kan and his colleague Vint Cerf on the 70, one of the motives that web was created is because the United States was in the middle of the Cold War with the Soviet Union and they were afraid of a nuclear bomb in the USA territory that destroys all of their communications so they invented the internet and what is incredible about it is that if one connection of the internet broke all the others connections of the web continue to work perfectly well.

This were the first internet connections:

(How the internet start, by http://www.tugurium.com, Licencia CC)

The IP address provides the country that your device is which device is the one you are using and the computer needs the IP address to be able to connect to the red and also every computer have a different IP address and they communicate with each other using the IP of each of them. 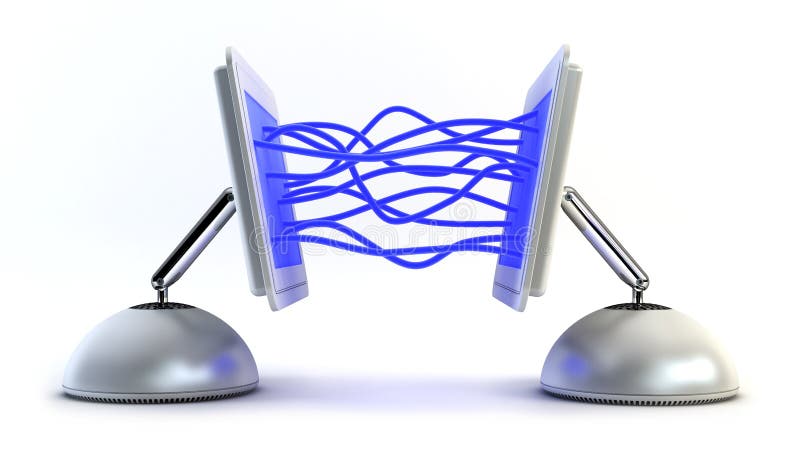 ¿What is the Web?

The web is a way of accessing information over the medium of the Internet. It is an information and sharing model that is built on top of the Internet. The Web uses the HTTP protocol, to transmit data. Web services, which use HTTP to allow applications to communicate in order to exchange things. The Web also utilizes browsers, such as Internet Explorer or Firefox, to access Web documents called Web pages that are linked to each other via hyperlinks. Web documents also contain graphics, sounds, text and video.

HTTP is the communications protocol used to connect to Web servers on the Internet or on a local network. The primary function is to establish a connection with the server and send HTML pages back to the user’s browser. HTTPS is the protocol used to access a secure Web server. When https:// is used as a Web address rather than the common http://, the session is managed by a security protocol, which is typically SSL, and the transmission is encrypted to and from the Web server, thanks to the HTTPS we can buy things on Amazon or Ebay or navigate on the internet without being afraid of being robbed by a hacker. URL is a protocol for specifying addresses on the Internet also an address that identifies a particular file on the Internet, usually consisting of the protocol, as http, followed by the domain name.

DNS = Domain Name Servers. The domain are like the IP address for the human and the DNS Are the internet’s equivalent of a phone book, they maintain a directory of domain names and translate them to Internet Protocol (IP Address). DNS is diveded in three: .com, .net and .org

HTTP and DNS: Manage the sending and receiving of Web files

IP and Routing: Break Down and transport Packets

Wires, Cables and Wifi: Binary Sequences of 1’s and 0’s are sent physically

The 3 videos that we see in class:

Check my “about” page, in this page I talk about myself and what this blog is about. Click here to see it

I wake up and the first thing I do is check my cellphone and check my social media, but my social media is not all I have on my phone, I also use my calendar, email and my tools for work so the web can be a distraction but also a good tool for work.

¿What I like of the web? is that you can reach people from the other side of the world, not just in the social media like Snapchat, Twitter, FaceBook and Instagram but in the world of work too, you can have clients from all around the world so the “Web” is a good tool to connect with a lot of people you will not meet if the web does not exist. Also you can see news from around the world so thanks to the web you know what is happening in others countries, Something amazing about the web is that is an enormous library because you can find information about almost everything in the world.

The Web is also danger and that is what I don’t like about the Web, because in the internet there are good people but also bad people that try to fool other persons into meet each other in person and when they meet they steal or raped them and in some cases they are never found.  Other danger is the identity theft, the hackers can get your personal info, your credit card or your photos from your iPhone and steal your identity.

¿What would your life will be without the Web?

Well, at first it would be a lot different and difficult to adapt, because I use the web all the days of my life but I think that I can adapt to not use the Internet because my generation do not have the internet when we born we meet the Internet later on our life, that’s why I think that it would be more difficult to younger kids because those kids literally born with a phone on their hands.

In this next post I’m going to explain how to manage with different media like: photos, tweets and podcast that doesn’t belong to us. 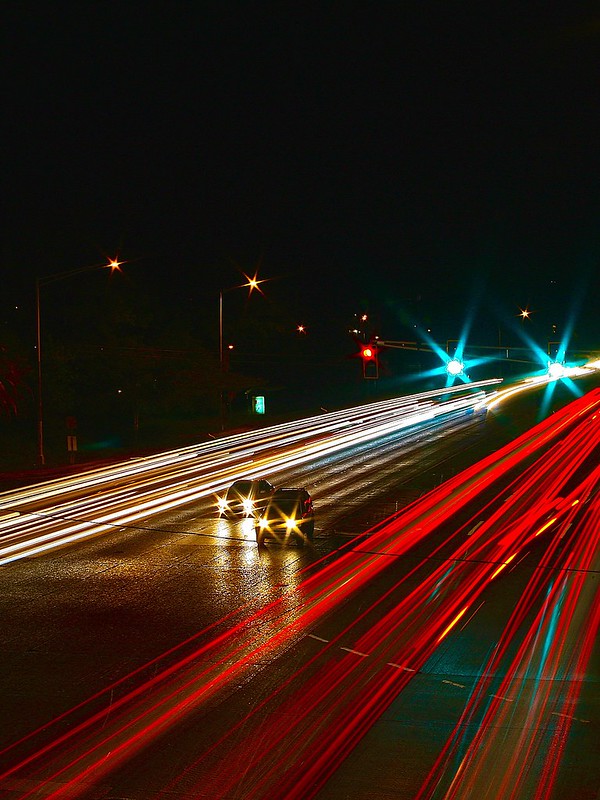